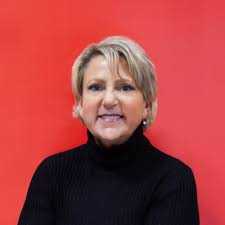 A Republican candidate for Spokane County Commissioner has requested a waiver from the state’s campaign money reporting regulations.

Plese is seeking an exemption from the Public Disclosure Commission, which is responsible for interpreting and implementing Washington’s campaign financing and disclosure regulations. Candidates for elected office are required by state law to reveal financial information in order for the public to better understand any conflicts of interest if they become government officials.

Kim Plese is running for the new county commissioner district of District 1, which encompasses much of western Spokane. Last year, a redistricting committee divided Spokane County into five districts, rather than the typical three, and voters will pick five commissioners at the same time in November.

David Green, who has previously run for county office as a Democrat, wrote to the Public Disclosure Commission, asking that Plese’s request be denied.

If the Public Disclosure Commission approves Plese’s request, she won’t have to share the names of businesses and governmental customers that have spent more than $12,000 in the past year at her print shop, Plese Printing and Marketing.

He said Rep. Cathy McMorris Rodgers spent nearly $30,000 printing campaign materials at Plese’s business in 2021 and the congresswoman has spent more than $300,000 at Plese Printing and Marketing since 2009.

Knowing Plese’s finances will be important if she’s elected to the county commission, Green wrote, because she’ll be working with McMorris Rodgers’ brother, Jeff McMorris, who serves as Spokane County’s community engagement and public policy advisor.

Plese says she needs the exemption for a few reasons. In her written request, she says doesn’t want to disclose the names of clients due to confidentiality agreements. She also writes that staffing shortages are an issue and that her computer system “does not have the capability to generate a list of reportable customers.” She notes that she hasn’t had any business with Spokane County in the past 12 months. The Spokesman-Review was unable to interview Plese, but in text messages, Plese explained that the reason she needs the exemption is more straightforward than it appears in her written request: She doesn’t own Plese Printing and Marketing anymore. The business has new owners and the company will soon be renamed Minuteman Press.

Plese said she wanted to explain that she’d sold the business in her written exemption request but couldn’t because ownership hadn’t officially transferred. The printing business’ customer list and information were part of the sale, Plese explained, adding that she doesn’t have access to the information anymore.

“I have always upheld the highest of business standards and practices,” Plese wrote in a text. “I am working with the PDC to get them all the necessary information.”