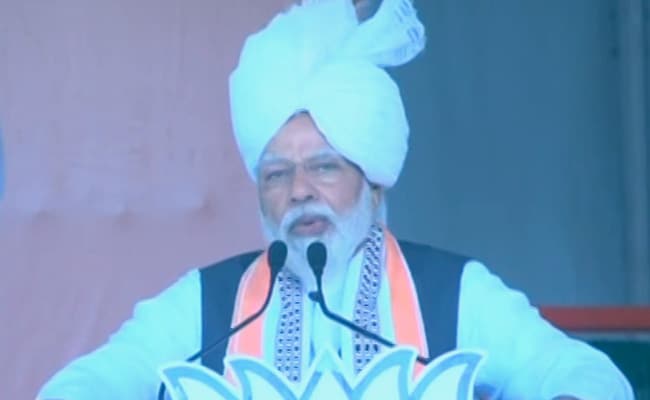 Prime minister Narendra Modi on Wednesday said that the union budget has given a clear roadmap for providing basic amenities like water, electricity, toilets and roads to the common man.

Addressing a webinar on the positive impact of the budget on rural development, Mr Modi said that in the last seven years, his government made consistent efforts to improve every person and sector’s capability.

“This is the aim of schemes providing basic facilities such as ‘pucca’ houses, toilets, gas connections, electricity, water, roads to villages and the poor people. The country has achieved great success in these schemes but now it is time to achieve saturation of these schemes, to realise the aim of these schemes 100 per cent,” he said.

To achieve this, there is a need to adopt a new strategy for monitoring and accountability and while making use of technology, new systems have to be developed, Mr Modi added further.

In this budget, a clear roadmap has been given by the government to achieve this goal of saturation, he said.

There are necessary provisions in the budget for the PM housing scheme, rural roads scheme, Jal Jeevan Mission, North East connectivity and broadband connectivity of villages, the prime minister said while addressing the webinar.

He added that the vibrant villages programme is key for development of border areas of the country.

“We intend to have more active participation of people in rural areas to improve governance by removing silos and fast-track schemes,” the prime minister concluded.