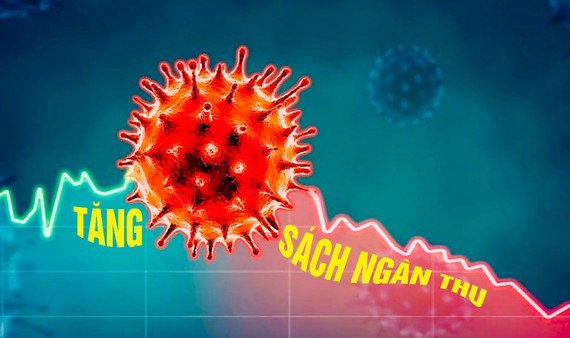 The extremely strict anti-pandemic measures in some localities have led to brutal consequences for many economic activities. This has been the most worrisome factor for the entire economy amidst the Covid-19 pandemic.

In terms of structure, the State budget revenue includes indirect tax, direct tax, and land revenue. In this, it is only direct tax that is collected directly from the income of people and businesses, such as personal income tax and corporate income tax. Indirect taxes include value-added tax (VAT), special consumption tax, export tax, and import tax. Therefore, this revenue is understood in simple terms that all people from young to old have to indirectly pay tax when consuming any products. In addition, taxes collected from land are essentially collected from the people, because the land is owned by the entire population.

Budget revenue increased by 7.5% over the same period, that is an increase of VND88,500 bn, while the Government spent a relief package of VND26,000 bn, withdrawing from savings of VND14,620 bn, totalling about VND40,500 bn. It is clear that the number of budget revenues exceeding the annual estimate in last eleven months is completely opposite to the GDP growth rate. GDP growth in the third quarter of 2021 was negative at 6.17%, the lowest level in history, and in the whole nine months of 2021, GDP growth will only reach 1.47%, the lowest in the same period in many years. It is clear, the revenue increase in the overall gloomy picture of the economy should be more worrisome than optimistic. So the question remains as to why increase the budget revenue at all.

The Producer Price Index (PPI) and Consumer Price Index (CPI) of the economy are in principle highly dependent on cost-push. However, in the past, although the price of gasoline and some input products increased, it has not been able to pull the CPI up. CPI for the first 11 months of 2021 increased by 1.84% year-on-year, the lowest increase since 2016. In economic terms, the low rise of the Consumer Price Index shows a serious decrease in demand, especially consumption demand because people have to save money, as they do not dare to spend during the Covid-19 pandemic.

What needs to be done now is to support the supply side, avoid revenue inflation through inspection, and introduce arbitrary policies that make it difficult for businesses in the context of having to deal with the pandemic. However, ironically, according to the Tax Department as of 15 November 2021, the agency has carried out 54,884 inspections, of which, 755,098 tax return records were examined at the tax office, equal to 132.85% over the same period in 2020. The total amount of money proposed to be handled through the bar and inspected is VND38,698 bn.

In some developed countries, when the economy recovers, prices also tend to increase. In Vietnam, over the years the economy from the supply side seems to be recovering. Industrial production in November continued to prosper when localities across the country implemented the Government Resolution 128/NQ-CP on safe, flexible adaptation and effective control of the Covid-19 pandemic. The Industrial Production Index for the first 11 months of 2021 is estimated to increase by 3.6% over the same period last year, and higher than the 3% growth rate in the same period in 2020.

However, if viewed from the demand side, the total retail sales of consumer goods and services in November are estimated to increase by 6.2% over the previous month and decrease by 12.2% over the same period last year. In general, the first 11 months of 2021 decreased by 8.7% compared to the same period last year. If excluding the price factor, it will decrease by 10.4% and in the same period in 2020 it will decrease by 3.8%. Past data shows that final household consumption accounts for about 68% of GDP. Therefore, with the above decrease in total retail sales, it is difficult for the full year GDP to increase by more than 2.5%.

Over the last many years, the data of the General Statistics Office has shown that imports for intermediate costs are always high, accounting for more than 60% of the total import value of goods, and 30% for accumulated assets. Therefore, imports for production account for more than 90% of the value of imported goods, and only about 10% of the final consumption expenditure of the population. This means that a part of the increase in budget revenue in the past 11 months is due to the increase in import prices, and the budget balance collection from the accumulated 11 months of import and export activities reaching nearly VND211,000 bn, equal to 118% of the estimate, up 24.3% over the same period.

One point to note is that an increase in input prices can lead to two possibilities for the subsequent production cycle. First, growth is pulled back. Second, the Producer and Consumer Price Indexes are higher. Besides it is also possible that both of these possibilities occur at the same time. If this happens then the economic picture and budget revenue in 2022 will be even more gloomy.