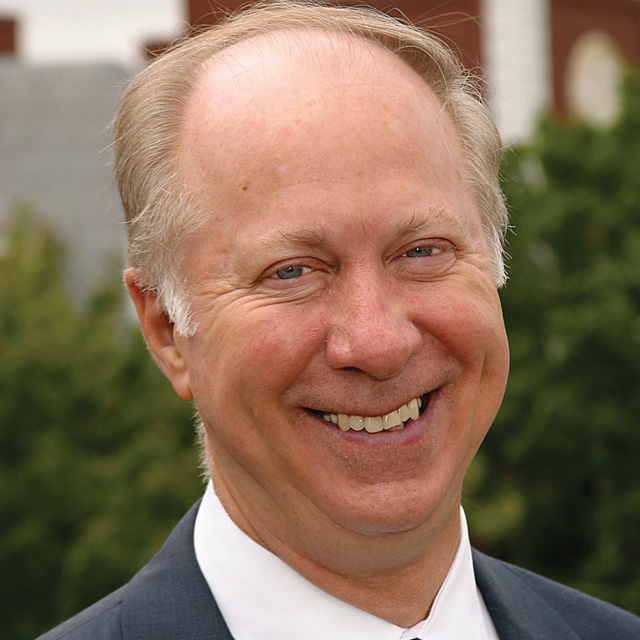 
“The next few years are going to be extremely rough. I’m not sure the country will be governable, or at least governable in any recognizable sense,” David Gergen, White House advisor to four U.S. presidents of both parties and CNN senior political analyst for more than 20 years, tells ThinkAdvisor in an interview.

“The country needs to change direction. We’re on a dangerous path. Democracy is threatened,” argues the bestselling author, whose new book is “Hearts Touched With Fire: How Great Leaders are Made.”

In our interview, he describes what he calls “the seven deadly sins of leadership,” among them greed and distrust.

Working in the Reagan White House was certainly no picnic either, he reveals. “You had to keep your back to the wall. You never knew who would come after you.”

And you needed to be aware of the power of Nancy. The first lady “had a long knife, and she would use it when she needed to,” Gergen says.

The former editor of U.S. News & World Report, Gergen, 80, is the founder of the Center for Public Leadership at the Harvard Kennedy School, where he teaches. ThinkAdvisor recently interviewed the Cambridge, Massachusetts-based Gergen, speaking by phone from New York City.

Though he paints a grim picture of the current American landscape, he stresses that “help is on the way” — those younger generations of great leaders-to-be.

Here are highlights of our conversation:

THINKADVISOR: What contemporary U.S. presidential advisors have been challenged the most?

You were an advisor to Ronald Reagan, too. In the Reagan White House, “knives flashed in the night,” you write in your book. What was that about?

They did. You had to keep your back to the wall. You never knew who would come after you. You’d wake up in the morning, and there would be blood on the floor.

Not a pleasant environment. But you liked working there?

I was young. And I was, “Hey, bring it on.” As you get older, you get a little more careful.

Tell me about what went on in the Richard Nixon White House when you were there.

When I came in as an advisor, I was in a very junior position, but I could see Nixon at work and hear him talk. At first, it seemed, wow, this guy is really bright.

If being the chief architect of splitting apart the Chinese from the Soviets and putting us on the road to ending the Cold War would have been all there was to Nixon, he would have been one of our better presidents.

But then came Watergate …

Tragically, he was a deeply flawed person. He had demons inside him that he hadn’t learned to control. He was very paranoid.

He believed that politics was the law of the jungle; you either eat or you’re eaten. And he would rather eat. That got him into a whale of a lot of trouble and scandal.

In your book, you provide “20 Key Takeaways.” To start with: “The country needs to change direction.”

We’re on a dangerous path. Democracy is threatened. We’ve gone through a rough patch for the last several years in which we’ve been hit by a cascade of crises going back to 2008 and 2009, when we had a very sharp recession that nearly fell into a depression.

Since then, we’ve been unable to deal with climate [change]. Our national debt has been going up significantly. The pandemic hit. We now have inflation hitting us again. After it was under control for 30 or 40 years, it’s coming back with a vengeance.

America’s place in the world has been challenged. We have all these [mass] shootings taking place.

We’re going in reverse on so many fronts, and we haven’t found the leadership that can put us right, mend the fences and reintegrate and reunify our country.

Isn’t President Biden trying to do that?

Joe Biden came in determined to reunify the country, and now he’s extremely frustrated. But the same thing happened to Barack [Obama] and George W. [Bush]. This thing has been going on for a while. It’s just getting worse.

The next few years are going to be extremely rough. I’m not sure the country will be governable, or at least governable in any recognizable sense.

That’s quite a pessimistic outlook, isn’t it?

I’m a short-term pessimist but a long-term optimist. Help is on the way: The younger generations are more promising. If we guide them along, open doors for them and prepare them for leadership, we’ll get through this.

On the other hand, if we just continue to decline and stay paralyzed, all bets are off. There isn’t a guarantee that our Republic will last.

Your book focuses on leadership. And you explore “The 7 Deadly Sins of Leadership,” with an offsetting virtue for each. First, let’s talk about Hubris vs. Humility.

Hubris is the most common affliction that you find in business life. When someone breaks through and gets to an important position, people want to listen to them. They have a high profile. But they’re trying to push really hard, and people think they’re arrogant.

You say that the answer to hubris is humility. Please explain.

That’s right, and it’s very hard to find humility these days. But humility cures a lot of problems. In leadership, the number-one danger is that success will go to your head, that you’ll begin to believe your very success means that you’re above mere mortals and that the rules don’t apply to you.

The second sin is Narcissism vs. Empathy. Please talk about that.

Narcissism is a close cousin of arrogance. Don Regan is a good example of this. Before he got to the Reagan White House, he ran Merrill Lynch. In the Nixon administration, first he was treasurer, but then he and Jim Baker, chief of staff, swapped jobs.