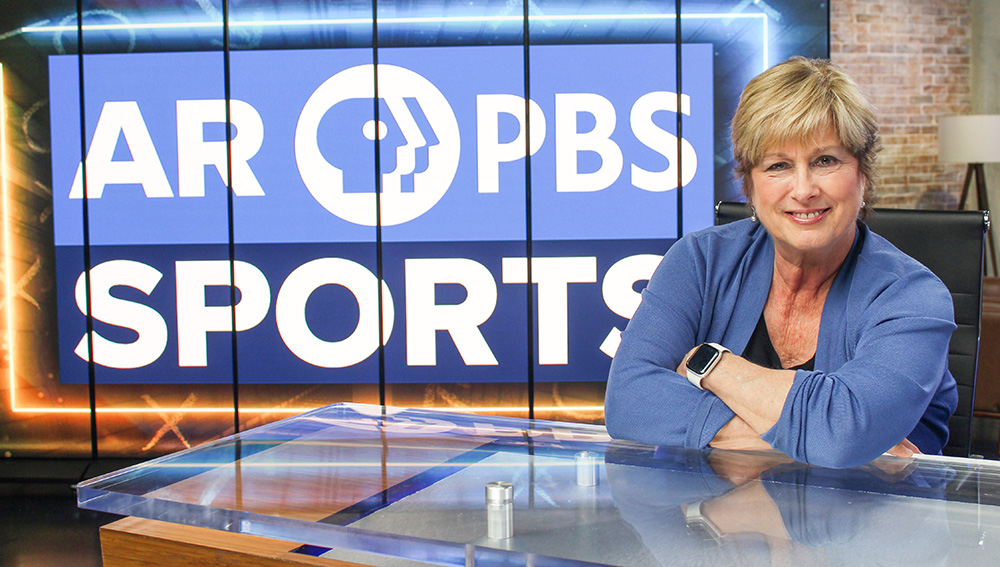 Courtney Pledger Commits Herself To Arkansas, and Awaits Her Raise | Arkansas Business News

We were unable to send the article.

The thermometer outside was tipping 100 degrees in mid-June, but Courtney Pledger was relatively chill for a hot commodity. And thinking about others.

“I worry about the people who have to be out in this,” she said, sitting in strained air conditioning at the offices of Arkansas PBS in Conway, where she is executive director and CEO.

Oh, Pledger is up for a raise, and after a sometimes rocky five-year transformation of a sleepy state public TV network into an all-platform performer and crucial educational link through the pandemic, she could well deserve one.

The Arkansas Office of Personnel Management has recommended $180,000 per year for Pledger, who took her name out of the running for the Baton Rouge job.

Arkansas PBS Chair John Brown and Commissioner Woody Freeman told state lawmakers in May that Pledger deserves the raise, and is at risk of being poached without it.

But in an age when even Big Bird can be a political punching bag, the raise was quickly put on hold pending a legislative review of the public media network.

Earlier this year, state Sen. Dan Sullivan, R-Jonesboro, pursued harsh budget cuts at Arkansas PBS to protest the views of a producer hired to work on a children’s program. “It took three tries to get an essentially flat $5 million budget approved,” Max Brantley wrote in the Arkansas Times. Sullivan “was joined in griping about AETN by other ultra-conservative legislators,” he wrote.

Nevertheless Pledger soldiers on, determined if not universally loved at the agency she shook up, and now she is poised to outlast the man who put her in the job, Republican Gov. Asa Hutchinson. Term limits will usher out Hutchinson in January.

But never mind politics or the raise for a moment. Pledger is staying put at Arkansas PBS regardless. “I am, I am,” she said, doubling down. “My job is a great one. I do get calls from recruiters sometimes, from public media and outside it, but I’ve invested my heart and soul and energy into what we’re doing here. I really do want to keep doing this job, because there is so much to do.”

At one time, it looked as though Pledger might not last five years. Grousing started not long after she took over, and at one point anonymous workers publicized an employee vote of no confidence against her.

A backlash grew after Pledger took over in March 2017 with a mandate from Hutchinson. Pledger alienated a number of longtime employees, some of whom were soon on their way out, including COO and longtime fundraiser Mona Dixon. Dixon’s disputed firing in early 2019 led to a rift between Pledger and the Arkansas PBS Foundation, the network’s fundraising arm.

Eventually Pledger, who previously headed both the foundation and the network, agreed to a compromise that gave the foundation its own director. Veteran fundraiser Marge Betley took up that post in September 2020.

The headlines of turmoil created some headaches, and Pledger vowed to pay closer attention to state spending protocols she had run afoul of, but none of those hurdles diminish accomplishments like the network’s technical modernization and success with a refined mission to educate and inform, certainly, but also to tell Arkansas stories as a public entity on TV airwaves, online and streaming devices. “I’m nothing if not stubborn,” she said.

“Over the past five years we have managed to transform what was a legacy linear broadcaster to a multiplatform public media network,” Pledger said, “a network with really deeper connections to the community.”

Her proudest achievement, perhaps, has been helping educate Arkansas students through the COVID pandemic.

“I’m really proud of the education work and I kind of see it as an arc for us,” Pledger said. “We spent the first two-and-a-half years becoming forward-facing to produce content and distribute it. Then came COVID and AMI, or alternate methods of instruction, and it turned out we were more prepared than we thought we might be. There were nerves, but everybody just jumped in for school on the air. We got a real sense of what it feels like to be at the center of a strong community need and to be providing it.”

Pledger praised Arkansas PBS’ partnership with the Arkansas Department of Education. “We have served somewhere upwards of 80,000 educators across the state with 700 courses that we designed with our in-house educators. So that skill set was kind of on show.”

She also cited “30 Mid America Emmy nominations with 12 wins, as well as 25 national Public Media Award nominations and 12 wins” in her tenure. Noting this issue’s Women in Business focus, Pledger said women fill half of her network’s management jobs, and she praised several projects devoted to  women’s accomplishments, including a look at the Arkansas Women’s Hall of Fame; a documentary on Hazel Walker, the seminal women’s basketball pro from Ashdown; a feature on women’s suffrage in Arkansas; and a new podcast, “Growing Season,” which featured five female farmers.

Pledger is also giving Arkansas a voice in nationwide public media as a member of the national PBS board of directors and board chair for the National Educational Television Association.

Born in Little Rock to parents from Fordyce and El Dorado, Pledger went to high school and college in Jackson, Mississippi, and was a longtime film producer and then executive director of the Hot Springs Documentary Film Festival. “At Arkansas PBS, we feel that public media is a public service,” Pledger said. For an example, she listed its live coverage of state high school sports championships in recent years.

Some lawmakers asked if viewership of the coverage and extensive peripheral content justifies the costs. But since the network doesn’t subscribe to ratings services, it cannot point to surges in viewership, Pledger said. But other measures point to success.

“We aren’t a commercial entity that uses ratings to set advertising rates, and ratings services do not make sense as an effective use of our funding,” Pledger said. But on platforms it has gotten better at measuring, like clicks on YouTube or streaming numbers on the main Arkansas PBS channel, where the title games are seen, she said it’s clear Arkansans are watching. “You see these huge spikes every time the sports championships are on, so the digital data points show engagement.”

Asked about culture-war politics and pressures that have put “Sesame Street” on the firing line and threatened the budget, Pledger sidestepped gracefully.

“That’s more in the realm of the Department of Ed, I think, more their bailiwick to think about,” she said. “We’re just focused on the standards that we’re given and our mandate.”

So, even if the raise never comes, Pledger says, it’s not personal. “I’m just not in the middle of that.”