COVINGTON – City Manager Ken Smith says he isn’t a lawyer, so he isn’t exactly sure what can be done. But he is in agreement with his Commissioners: They are ready to explore legal action. 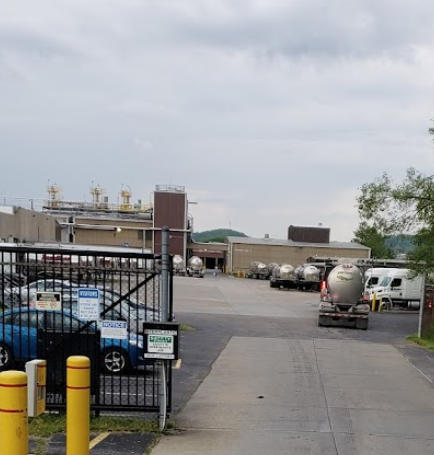 “I don’t know what recourse we have,” he told the Commission at their regularly scheduled legislative meeting Tuesday night. “We’re in the preliminary stages of assessing what our next steps would be. (That building) is not something that should be located where it is.”

At issue — again — is the Interplastic Corporation at 3535 Latonia Ave. in Fort Wright.

Monday night, a shelter-in-place order was issued for those living within a mile of the chemical plant, due to an explosion involving a storage vessel housing a polyester resin. Emergency crews responded, and after a clean-up the emergency order was lifted around 2 a.m.

While no injuries were reported and there was only minor property damage, this was not the first time the building has been a problem. 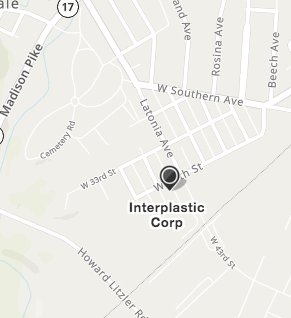 Residents were also told to shelter in 2019 when an equipment failure caused the release of a lung irritant. And a major lawsuit was filed in 1997 (and settled in 2004) alleging the company exposed residents to hazardous materials.

Commissioners said they will talk with Fort Wright about what they can do.

“My phone has not stopped ringing,” Commissioner Tim Downing said. “That facility is not respecting is neighbors. We need to figure out a way to do something about it.”

Ben Oldiges, the city’s Parks and Recreation Manager, and Dr. Ryan Friebert made a presentation about a new Disc Golf course in Devou Park.

Friebert, a physician at St. Elizabeth and a professional disc golfer, worked with Oldiges and others to develop a plan for a professional 18-hole course in Devou, a course that will not interfere with others or the other activities there.

“The demand for disc golf is growing,” Friebert said, noting the low cost, the accessibility and the entertainment. He also said the only professional course in the region is at Idlewild in Burlington, in Boone County.

Friebert said the implementation of the course would also attract players from around the country, bringing in money to the local economy.

Funding for the course could come from fundraising (like naming the course and its holes), as well as from the Covington Advisory Board, he said.

“I never knew about this sport,” Commissioner Ron Washington said. “I appreciate you volunteering your time for our city.”

“It’s a great first introduction,” Mayor Joseph U. Meyer said, before adding he would like to know more about a budget, maintenance, etc. 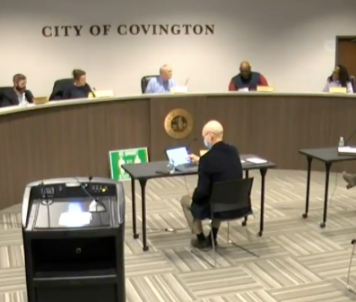 Last week, City Manager Ken Smith proposed adding Juneteenth as a paid holiday for non-union city employees (it would not be included in the current union contracts). Commissioners agreed it could be added, while Presidents Day could be taken off as a holiday (that would be the third Monday in February — this year, Feb. 21).

Juneteenth — which is a holiday celebrated on June 19 to commemorate the emancipation of enslaved people — was recently made a federal holiday in 2021.

Commissioners voted unanimously to approve the new holiday, in place of Presidents Day, and this will go into effect next month.

Commissioners approved agreements with Covington Kentucky Development, LLC, for the redevelopment of 525 Scott St., and for the issuance of Industrial Revenue Bonds, as well as a Memorandum of Agreement and a Payment in Lieu of Taxes Agreement related to the project.

Fitting perfectly into the city’s plan to seek out and help develop more office space, developers plan to recreate the space into a 68,550 square-foot class A office and commercial space.

The total amount of money necessary to be provided by the Company for the acquisition, construction, equipping and installation of the Project to be financed by the bonds will not exceed $13 million, and the term of the bonds shall be for a 30-year term (Pilot increases every 10 years – 20 percent; then 25 percent; then 40 percent).

New hires were approval for:

Resignations were approved for:

Commissioners voted 3-2 approving local attorney David Davidson as the new City Solicitor. Dissenting were Commissioners Tim Downing and Shannon Smith. The latter felt the need to expand on why she was against the hire.

Smith explained that she was on the committee to hire for the position, and that the recommendations made by the group were not taken — nor were they given reasons why they were ignored.

She went on to again note that while she felt Davidson is a “brilliant attorney,” she also said she didn’t think the “fit was there.”

She also noted she was disappointed that other candidates were not pursued — including whole pools of lawyers from Cincinnati. Again, she said no rationale was given. She said she felt the position should be reopened, and that a candidate be chosen from a larger audience.

Mayor Meyer thanked Gov. Andy Beshear for including $10 million to support a life sciences research and development lab in Covington.

“My budget invests $10 million in the City of Covington to support the construction and outfitting of a shared research and development lab facility to serve the rapidly expanding life sciences sector in the region,”  Beshear said. (See NKyTribune’s story here.)

Mayor Meyer noted that more than 1,000 employees in the city are engaged in life sciences.

“Thanks to the Governor for putting this in the budget,” Meyer said. “Now we have to work with legislators to make sure this stays in the budget.”

Beshear said he is “working to attract the jobs of tomorrow through smart investments in industries with great promise.”

Commissioner Washington made a motion to develop emergency funding to support small businesses that have been affected by COVID.

City Manager Smith said next week, he will be giving an update on American Rescue Plan Act funds, saying that some could be used for small businesses, depending on what parameters are developed.

The motion was adopted 6-0.

Commissioner Washington also made a motion to create an ordinance to decrease the city’s liquor fee from $5,000 to $3,000 to try and help those businesses affected by COVID. He said he intends for it to be a permanent change — not just a one-time fix.

OKI Board of Trustees

Commissioner Michelle Williams was approved to be the city’s representative on the OKI Board of Trustees.

The next regularly scheduled Covington Commission meeting will be a caucus meeting held at 6 p.m., Jan. 18, at the City Building at 20 W. Pike St. in Covington. The meetings can be followed live on Fioptics channel 815, Spectrum channel 203, the  Telecommunications Board of Northern Kentucky  (TBNK) website, the TBNK Facebook page @TBNKonline, and the TBNK Roku channels.