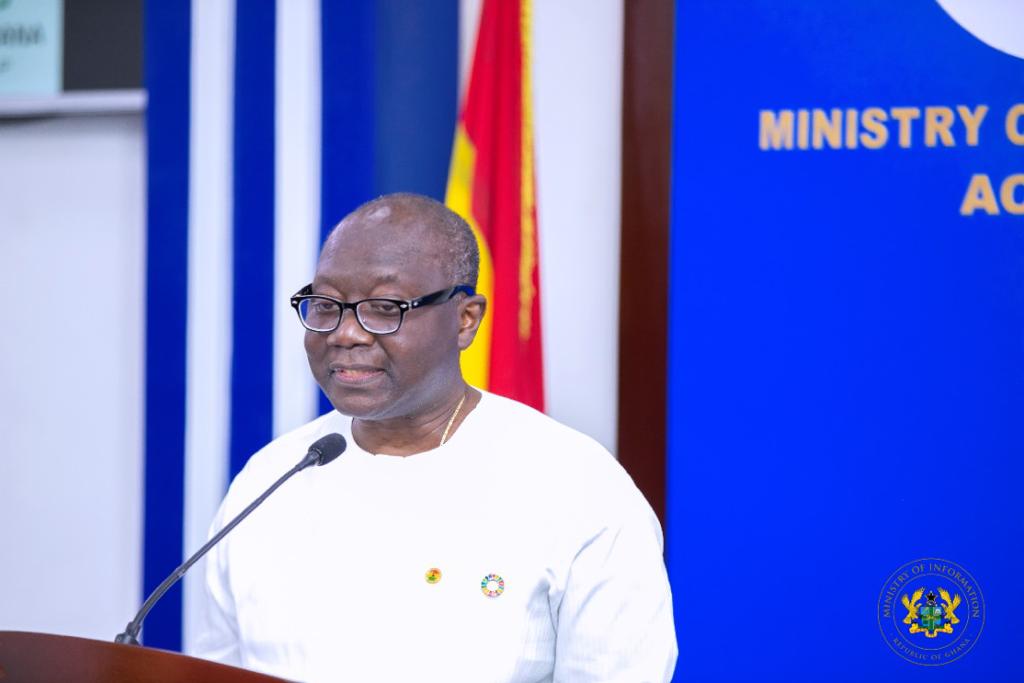 Mr Ken Ofori-Atta, Finance Minister will on Wednesday, July 13th, present the Mid-Year Review of the Budget Statement and Economic Policy of Government and Supplementary Estimate for the 2022 Financial Year to Parliament.

Mr Osei Kyei-Mensah-Bonsu, Majority Leader, who announced this on the floor of Parliament, when he presented the Business statement of the House for the week ending Friday, July 8, 2022, said this was in pursuant to the Public Financial Management Act, 2016 (Act 921).

The Majority Leader said the Minister of Interior, who is also responsible for National Identification Authority (NIA) would on Wednesday, July 6, attend upon the House to brief Members on the challenges the Authority was facing regarding the printing and issuance of the ECOWAS Identity Card also known as the “Ghana Card” to the citizenry.
He noted that leadership of the House was firming up discussions with the Minister responsible for National Security to brief Parliament at a close sitting on matters pertaining to the security of the State, particularly having regard to recent spate of terrorist attacks within the West Africa sub-region.

He said leadership was still in discussions with Dr Owusu Afriyie Akoto, the Minister of Food and Agriculture, to brief the House on the compensation package by the Government to poultry farmers who were impacted by the outbreak of the highly pathogenic avian influenza in 2021.

He said the appropriate date for the briefing would be communicated to Members during in the course of the ensuing week, but it shall most probably, be Tuesday, July 5.

Mr Osei-Kyei-Mensah-Bonsu said the Business Committee had not scheduled any Minister to respond to questions asked by Members on Friday, July 8th, this he explained was in view of the fact that a Cabinet retreat was scheduled for the said date which would require the presence and participation of all Cabinet Ministers.

He said barring any unforeseen circumstances, the House was expected to adjourn sine die on Thursday, 28th July, saying “This is subject to confirmation with Right Honourable Speaker upon his return to Ghana on July 6”.

He said this early adjournment of the House was to enable the Speaker and some members of the Leadership of the House participate in a statutory international meeting during the last week of July.

He said with regards to this development, the Business Committee again was urging Committees with referrals to expeditiously work on same for consideration of the House.

“In that same vein, the Committee is also urging the various Ministries, Departments and Agencies (MDAs) to present to Parliament any government business that would require the attention of the House before adjournment sine die.”
The Majority Leader said for the ensuing week, six ministers were expected to attend upon the House to respond to 31 questions.