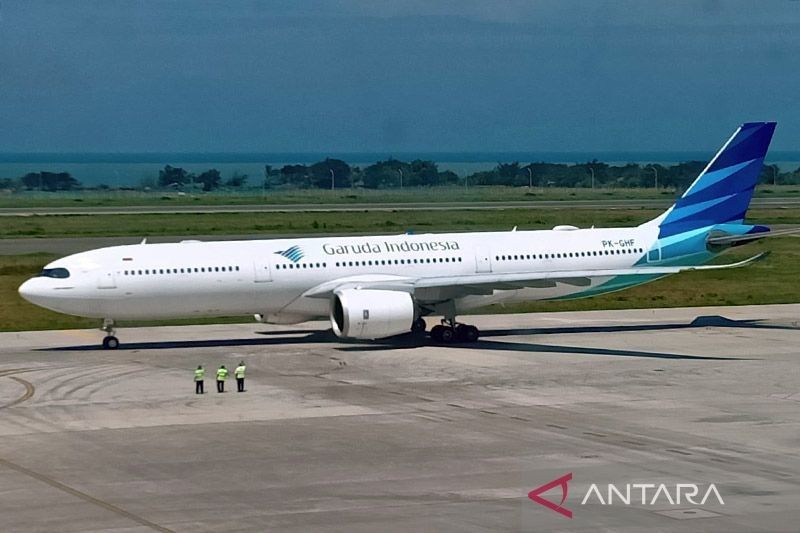 Garuda to tweak business plan in the near future: Ministry

He remarked that Garuda was also focusing on domestic and cargo flights. For domestic flights, Garuda will solely fly to popular destinations in Indonesia, such as Bali, big cities, and other tourist attractions.

For the cargo business, Garuda is developing an open sky policy that is being discussed at the Ministry of Transportation. Later, Garuda can cooperate with international airlines as feeders that fly to domestic destinations.

“Many international airlines have become hub players, such as Singapore, Qatar, and Dubai. They do not have a domestic market in Indonesia. Hence, we will be the liaison to the domestic sector,” Wirjoatmodjo stated during a press conference on Tuesday.

Garuda is also looking at the market share of additional or overweight baggage. From the data received by Garuda, most Indonesian people always buy a lot of souvenirs when they travel aboard. This is where Garuda offers cargo for the overload at an affordable price.

“In addition, Garuda applies power by the hour regulation, so that Garuda only pays for aircraft rentals every time they are flown,” Wirjoatmodjo stated.

He said that in addition to the business focus, Garuda was looking for long-term financial investors.

With the restructuring proposal that has been approved, Garuda has been declared healthy in terms of cash flow. However, to be declared healthy from a financial balance, Garuda must first complete rights issues one and two.

On the same occasion, Garuda Indonesia President Director Irfan Setiaputra said that Garuda would become a profitable airline and not just be an airline that operated several routes.

To strengthen Garuda, his side will also accelerate the growth of Citilink as a low-cost airline as Garuda’s subsidiary.

“We will also continue to take into account the Hajj and Umrah markets in Indonesia. In fact, if possible, we will fly directly from big cities, such as Surabaya, Makassar, and other major cities, without transit,” Setiaputra added.