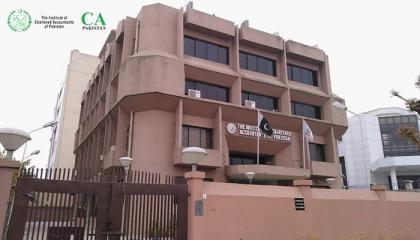 ISLAMABAD, (UrduPoint / Pakistan Point News – 31st May, 2022 ) :The Institute of Chartered Accountants of Pakistan (ICAP) on Tuesday unveiled the Model Federal Budget 2022-23 along with proposals for budget making process for the next fiscal year and proposed policy measures to achieve sustainable economic development in the country.

Speaking the launching ceremony, President ICAP Ashfaq Yousuf Tola said that initiative of preparing proposals for federal and provincial budget and presenting it to the Ministry of Finance was a professional exercise, adding that these proposals also aimed at having an understanding of the expectations of different segments of the economy from the next fiscal’s policy.

He highlighted that the country made a sound economic recovery from the COVID-19 induced contraction, however we were still facing greater challenges that were creating huge external sector pressures.

The trade deficit and current account deficit had already exceeded from their annual targets.

In order to mitigate these challenges, the government needed to put in efforts for interest rate controls, emphasis on meeting tax collection targets as well as curb the challenge of mainstreaming parallel economy, he added.

He said that some of the policy measures in this document were expected to bring in fruitful results for economy by improving GDP and controlling the fiscal deficit.

Moreover, the Model Budget has been drawn up keeping in view the impact of changing political circumstances, projections for the IMF, post-pandemic measures and global dynamics.

Speaking on the occasion, Zeeshan Ijaz – Chairman Economic Advisory Committee said that ICAP had submitted various proposals highlighting major areas of focus including investment in technology both in infrastructure as well as in terms of value addition.

The innovation, rationalization of subsidies, integration of Islamic banking and financial products at both private and federal dealings and significance of regulation in power and construction sectors were also proposed in model.

He said that during discussion with FBR it was agreed that focus should be to broaden the tax base along with Ease of Doing business instead of increasing the tax ratesHe hoped that government would consider integration of federal and provincial revenue authorities across the country in such a way that it provides one window solution to the taxpayers without undermining the existence and independence of each authority.