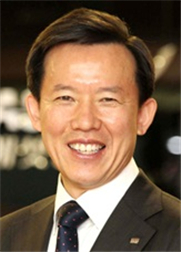 Mirae Asset Securities CEO and chairman Choi Hyun-man has been named person of the year by the Korea Exchange.

Choi, born 1961, was recognized for his leadership of the securities company as it successfully led the initial public offering (IPO) of game publisher Krafton. In that listing, 4.3 trillion won ($3.6 billion) was raised, the most in 2021 and the second most since Samsung Life Insurance’s 4.88-trillion-won IPO in 2010.

Mirae Asset Securities led 21 IPOs in total last year, the most for any underwriter in Korea.

“Choi Hyun-man has contributed immensely to the revitalization of the Korean capital market as the CEO of the No. 1-performing securities company, which has led to the growth of the number of investors in Korea,” Korea Exchange said in a press release.

Korea Exchange began the person of the year award for the first time to commemorate leaders who have led to the betterment of the Korean market.