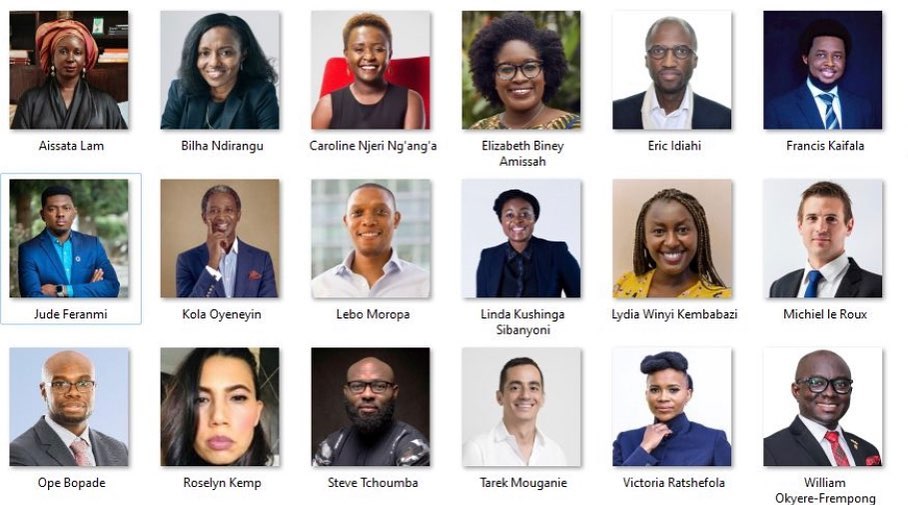 The African Leadership Institute has announced the winners of its prestigious Tutu Fellowship programme, and this year’s class is once again a diverse mix of scholars, artists, and activists from Africa. The cohort was chosen from among more than 330 nominations of exceptional quality submitted by AFLI from around Africa. They are from the nations listed below: Cameroon, Congo, Ghana, Kenya, Malawi, Mauritania, Nigeria, South Africa, Uganda, and Zimbabwe.

According to AFLI, “the selected candidates demonstrate the incredible wealth and breadth of leadership talent that exists in Africa’s young people, which bodes well for Africa’s future.”

Amongst the 23 are 3 Nigerians including Kola Oyeneyin; co-founder & Director, Volition Capital, Jude Feranmi; convener, Raising New Voices Initiative, and Eric Idiahi; partner & co-founder, Verod Capital Management. A few candidates are included this year who were selected in 2020 but who could not attend that cohort due to COVID restriction

Read the biographies of the Nigerians below:

Kola Oyeneyin is the Co-founder and director of Volition Capital, an asset management company operating in the US and Africa. He is responsible for deal sourcing and structuring, commercial negotiations, and co-managing the large, member-based collective. He said that he had seen many businesses fail once the founders exited, so he has been active in succession planning to allow for founders to exit and leave a thriving company behind. In 2018, he was appointed a member of the Vice President of Nigeria’s Advisory Group on Technology & Creativity.

Prior to this, he was the Founder and CEO of Venia Group, a venture creation and development company that created opportunities for small and medium-sized businesses. One of the companies under Venia’s umbrella was AutoGenius, Nigeria’s first digital insurance platform that was established in partnership with the top five insurance companies in Nigeria. He was also a Business Manager for the Lekki British School in Nigeria and a Business Analyst for Hewlett Packard in the UK.

Kola has started several foundations and also GenVoices, a non-partisan organization that prepares young people for political engagement. He is an Associate Fellow of the Nigerian Leadership Initiative. In 2013, he was nominated as Entrepreneur of the Year by Future Awards Africa.

Eric Idiahi is a financier and venture-builder of numerous African companies. He is a Partner and co-founder of Verod Capital Management Limited, a $300 million Africa-focused private equity firm he co-founded in 2008. Verod Capital Management is active across various sectors and aims to generate economic value with sustainability for the communities in which it operates. At Verod, Eric has led several notable mergers, acquisitions and investments in the technology, financial services, education and pharmaceutical sectors.

Eric is also an avid art collector. He was originally selected for the Class of 2020, but due to the COVID-19 pandemic deferred his Fellowship to 2022.

Jude Feranmi is the Convenor of the Raising New Voices Initiative. For the past seven years, he has worked as a civil society leader, bringing Nigeria’s youth together to advocate for policy and legislation reforms that ensure the participation of young people in Nigeria’s civic and political life. Jude also set up a sister organisation to New Voices called the Republicraft Consultancy to leverage its policy expertise and advocacy experience. It provides policy analysis for organisations working in policy advocacy in the country. Jude was also recruited to be Executive Director of To Build a Nation (TBAN), a civil society organization that promotes democracy in Nigeria.

New Voices succeeded in getting the Electoral Amendment Bill passed into law with more than 90% of the recommendations on youth inclusion made. Jude has served in the Office of the Chief of Staff to the President of Nigeria, working on the Nigerian Startup Bill as the Engagement Lead. He has also served as an independent consultant to the Federal Ministry of Communications and Digital Economy and as Technology Policy Engagement Advisor to Tech Hive Advisory. Other roles he has held include Advocacy Consultant to Digital Governance for Africa; and also the Civil Society Legislative Advocacy Centre. He was also a co-founder of Founding Networks Africa and a range of other political and governance-related organisations and initiatives.

During the Ford Foundation-funded Project Pakati at AFLI, he served as a Changemaker, one of the leadership positions for the project.