Fund Her North, the 28-strong Northern volunteer collective working to improve access to finance for female-led businesses, has announced a new partnership with UBS, the global wealth manager.

Fund Her North is a volunteer collective made up of more than 28 women in Venture Capital, funding organisations and angel groups with a combined investment power of more than £450m in the North. It says it has already made a lasting effect on women entrepreneurs in the North with a combined investment track record of in excess of £75m invested in female-led, start-up businesses.

As one of the world’s largest wealth managers, the partnership with UBS will extend Fund Her North’s network and capabilities to support female entrepreneurs who are looking for personal finance advice and guidance around funding strategies from start up through the growth phases. UBS will provide support and expertise to high net worth members and those who may need guidance on the personal impact of any additional business funding, or sale of a business.

Additionally, the partnership will provide Fund Her North’s private investors with wealth management advice and guidance with their investments, building on the organisation’s investor network. Jane Booth, North West regional head at UBS, will be given a seat on Fund Her North’s advisory board as part of the partnership and will participate in a series of events targeted at female entrepreneurs and relevant individuals to UBS.

Samantha Piddington, co-founder and strategic partnerships lead at Fund Her North, said: “UBS is strongly aligned to our mission to address the imbalances in access to finance for female founded businesses, so it was an obvious fit for our next phase with Fund Her North. They are able to bring a unique perspective, not only supporting female entrepreneurs with high growth ambitions, but also playing an important role in supporting our female investors.”

Jane Booth said: “It is essential that female entrepreneurs and investors are confident in making long term financial decisions as this not only increases their chances of financial security but also allows them to feel more positive about the future and achieve their growth ambitions. I am pleased that we are able to provide this support to Fund Her North’s members. This partnership strongly aligns with UBS’s long standing global programme focused on empowering women with financial decision making, addressing their financial needs and gender lens investing.” 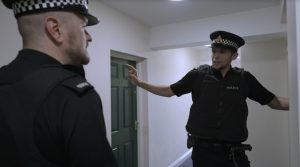 Bolton-based EdTech firm, Near-Life, has launched an immersive learning programme for Greater Manchester Police (GMP) that will support its work tackling child sexual exploitation and protect some of the most vulnerable members of society.

The pilot was awarded £241,000 in funding from Innovate UK in November 2020, to accelerate the development of an interactive learning programme tailored to complex investigations – an area of police training identified as challenging and of the greatest need. Working in partnership with GMP, Near-Life has developed a comprehensive course built using its Near-Life CREATOR+ interactive video software, which uses gamified simulation technology. Learners have the opportunity to take on the roles of both officer and investigator in a simulated child sexual exploitation case.

Each module features a combination of written content and videos on a range of topics from unconscious bias to recognising risk factors, conducting thorough searches of a missing person’s home and using the appropriate language policy. Modules conclude with an interactive scenario where the user is given decisions to make as part of a simulated investigation. Their choice dictates what happens next in the simulation.

The technology will better track performance and learning based outcomes, supporting an improved knowledge base that will allow GMP to share best practice examples of how digital simulations can support learning and training for complex investigations.

Mike Todd, Near-Life CEO, said: “Through our work with Greater Manchester Police over the last 12 months we’ve really got to understand, in practice, the potential that using a gamified simulation approach has for dealing with a complex, sensitive and challenging topic like investigating potential child sexual exploitation cases. The benefit to using immersive learning is that it allows you to create real world scenarios and environments tailored to the needs of the user and the business. Research published by OFCOM found that it can improve knowledge retention by as much as 90%.”

Superintendent Gareth Parkin said: “GMP are constantly looking at how to improve learning to help keep our communities safe. This interactive pilot project with Near-Life, which focuses on a very important topic, is a key part of our ongoing efforts to explore new ways in which innovation can support our work.” 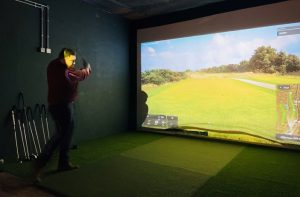 On The Green, Liverpool One

Grosvenor, the owner of the Liverpool One retail centre, has announced the opening of On The Green, a premium golf simulation concept, at the city centre site. The brand has made its debut in a 4,700 sq ft venue on The Terrace, boosting the destination’s already extensive leisure offer.

On The Green is a fully immersive golfing experience. Four TrackMan simulators provide a full 18-hole round of golf, giving visitors the choice of 150 of the leading courses in the world, including 35 tour courses, on which to play. The Trackman 4 technology recreates courses down to the finest details, providing a high definition experience where guests play with a real golf club and ball. The venue also has its own ‘clubhouse’ bar on the terrace overlooking Liverpool One’s Chavasse Park and toward the River Mersey.

Alison Clegg, managing director, asset management, Grosvenor, said: “We are very pleased to welcome On The Green to Liverpool One, in what is their debut site. The brand’s opening further reinforces Liverpool One’s credentials as a leading location for a complete day out experience.”

Matt Hatchard, director at On The Green, said: “We are extremely excited to have launched On The Green at Liverpool One. We chose Liverpool for our first venue as it is the UK’s most sociable city, attracting visitors from all over the country and further afield. Liverpool One was the obvious location in the city, due to its stunning terrace, the highly accessible city centre location, and the growing cluster of leisure concepts located at the destination. Its appeal is reflected in its performance, and we are confident it is going to be a great launch site for On The Green.”

Metis and Savills acted for Liverpool One. On The Green dealt directly. 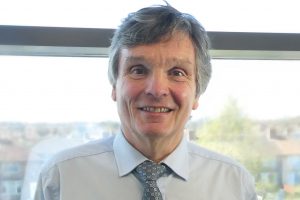 Liverpool-based Cobalt Housing has announced that chief executive, Alan Rogers, will be retiring later this year after 11 years with the organisation, and nearly 40 in the housing sector.

Alan has been involved with Cobalt since 1999, when he worked for Liverpool City Council on the stock transfer. Prior to his role at Cobalt – and with former parent company Symphony Housing – he worked at Liverpool Housing Trust as director of regeneration, and Riverside Housing as its assistant director for housing market renewal.

He started his career in Liverpool City Council in 1979 and spent more than 20 years with the council before moving to Riverside. The recruitment process for Cobalt’s next chief executive will start shortly, led by the board.

Alan said: “It is with a heavy heart that I have decided that this is the time for me to retire. This has been a very difficult decision, but I believe it is the right one for both me and Cobalt. I leave Cobalt in a very strong position in terms of performance, staffing and board membership and am confident that we will continue to go from strength to strength.

“Cobalt has always been tenant focused and I am sure that this will continue in the future. For me the best, and only, way to overcome the challenges ahead are for us to work with tenants and the wider community to build resilience and provide mutual support.” 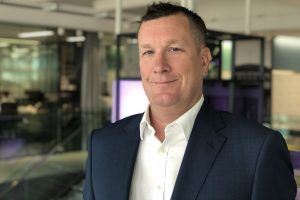 The number of profit warnings issued by North West-listed companies decreased significantly to 26 in 2021, compared with 48 in 2020, according to EY Parthenon’s latest Profit Warnings report.

In the North West, warnings were heavily weighted to the fourth quarter of the year, when 15 were issued as supply chain disruption and cost pressures affected many businesses. This is up significantly on Q4 2020, when only three warnings were issued.

Following the UK trend, companies in FTSE consumer discretionary sectors were most affected throughout the year in the North West, including nine profit warnings from retailers in 2021. In Q4, a third of profit warnings across the region were issued by FTSE retailers.

Sam Woodward, EY-Parthenon turnaround and restructuring strategy partner in the North West, said: “In 2021, the majority of North West businesses issuing profit warnings did so in the fourth quarter, with warnings up 12 from the fourth quarter of 2020. In line with the rest of the UK, one of the most affected sectors has been retail, with five retailer warnings in Q4 2021 alone.”

“Companies bounced back well from the pandemic in the first half of 2021 with healthy headline growth, but during the second half an increasing number of companies were issuing profit warnings as forecasting and earnings challenges evolved and multiplied.”