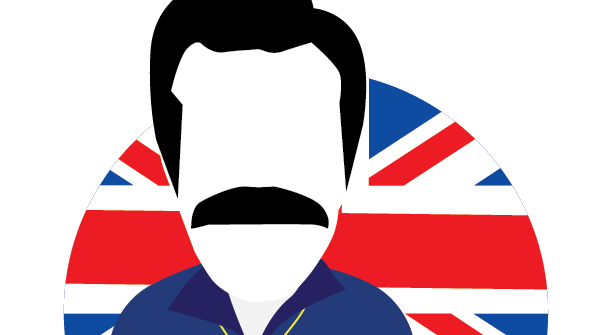 On Your Business: Leadership Lessons from Ted Lasso


Ted Lasso, the hit show on Apple TV, embodies effective modern leadership (opens in new tab), people-centric management, and the value of humility and authenticity within a compelling, fictitious story. For those who are not familiar, Ted Lasso is recruited to be an English football (soccer) coach based on recent success coaching an American Division II college football team to a championship (a seemingly unrelated accomplishment). Despite his lack of knowledge of the game of soccer, unfamiliarity with the team he is coaching, and ignorance of the league and nuances of the sport, Ted leans on his attitude, people skills, management style (opens in new tab), and general approach to coaching athletes to gradually gain the respect of his players and the organization.

In business, many companies become fixated with metrics, quotas, and vanity statistics like top line revenue, growth percentage, and the size of an organization. Although it is misleading to think that the scoreboard doesn’t matter, Ted’s true measure of success for his team is about the reward of seeing his players overcome adversity, work together as a team (opens in new tab), support each other on and off the field, and enjoy playing the game. This is the mark of a true leader!

Just like in sports, companies rely on the synergy of their team to be successful. The coach or manager can set the vision, create the strategy, and make decisions; however, they must have the confidence and buy-in from their team to be successful. In the end, if progress is not being made toward success in the long term, a determination needs to be made whether it is the effectiveness of the leader or the skills of the team that are the limiting factor. The answer to this question is critical and will define the fate of the leader and/or members of the team.

In case of Ted Lasso, his greatest skills are demonstrated off the pitch. His strategies are less specific to match day and more connected to establishing a winning culture, quality core values, and successful organizational beliefs. Much of Ted’s effectiveness can be attributed to general leadership skills that can be applied to any team or organization.

Whether it was his boss, Rebecca, team captains Roy Kent and Isaac McAddo, journalist Trent Crimm from The Independent, Mae the bartender, or even the fanatical supporters of AC Richmond, Ted treats everyone with respect, patience, understanding, and genuine interest in making a connection while learning about what is important to them. His unwavering desire to find a way to establish a rapport with each individual is key to effective communication, instilling trust, and establishing a relationship.

Successful managers take the time to know their team on a personal level for the purposes of understanding what motivates them, how they offer the greatest value to the team, and in what ways can they be most effectively managed. While rules, policies, and strategies can be implemented on a widespread organizational level, managers who seek to show appreciation, provide feedback, reward performance, and inspire contribution from their team in a personalized manner will find their effectiveness increase along with the performance of the team.

Ted recognizes that his team is made up of unique individuals that are most effectively cared for by customizing his management style and catering his technique to match differing personalities. Through this approach, he inspires each player to maximize their contribution to the success of the overall team. Ted figures out how to help goal scorer Dani Rojas overcome the “yips,” Isaac reconnect with the enjoyment of the game, Roy understand his love for coaching following his retirement, and top talent Jamie Tart understand how to become a team player. While each player has their own personal challenges, obstacles, and baggage to overcome, it is because of Ted’s effort to get to know each of them individually that he can effectively help them persevere and achieve success.

It may be tempting to favor the most revered players and allow stars who produce results that look good on the scoreboard to dominate play. However, success should not come at the expense of the team culture.

Just like in business, the success of a team depends on the cooperation and commitment level of all members working together to achieve a common goal. Poor attitudes, lack of respect, and favoring individual wins or egos over collective accomplishments will ultimately damage the health of an organization. This is predominantly demonstrated in Ted’s management of Jamie, the player with the most raw talent on the team.

Jamie’s early scoring success was overshadowed by his arrogance and unwillingness to pass the ball to his teammates, who he felt were not as likely to score goals. Jamie’s attitude created a divide on the team that spilled into the locker room and poisoned the team culture. If it wasn’t for Ted putting the team in front of the individual, Jamie’s success could have come at the cost of the commitment and support of the rest of the players. Without a full team behind him, it doesn’t matter how good Jamie is at scoring. There would be no way to win.

Some of the most notable highlights from Ted Lasso come in his fun, memorable mottos like “Be a goldfish,” “Doing the right thing is never the wrong thing,” and the “Believe” sign in the locker room. These help remind the team of the core values and points of culture that Ted inspires. The effectiveness of these messages are maximized through Ted’s memorable and witty delivery.

Success in sports and business offer many parallels and consistent themes, with the common attribute being the effective management of people. As comically demonstrated in Ted Lasso, game expertise and strategy take a back seat to understanding individuals and building a healthy team based on common beliefs and a winning attitude.

Simple principles like trust, authenticity, respect, and a positive mindset provide a guiding light to navigate through most situations. Rather than being hampered by the nuances of the game and the individual wins and losses, Ted’s attitude is encouragement to think bigger and understand that leadership is not simply about measuring success on the scoreboard. Leadership is captured in the reward of building a quality team that takes pride in who they are and what they do.