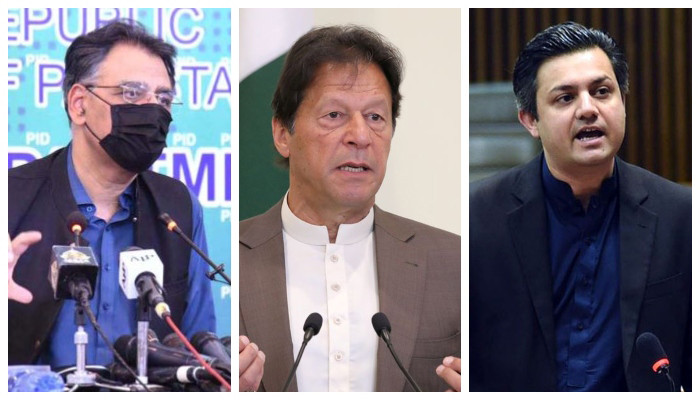 The coalition government unveiled the “toughest” federal budget for the next fiscal year 2022-23 with an outlay of Rs9.5 trillion as it seeks to fulfil the International Monetary Fund’s (IMF) conditions, but PTI, the main Opposition party, has rejected the finance bill and called it an “unimaginative, Purana Pakistan budget”.

The federal government unveiled the budget amid strict conditions laid forth by the IMF for the revival of the $6 billion loan programme stalled for months over policy breaches.

In a statement, PTI Chairman Imran Khan said that his party rejects the “anti people and anti business budget presented” by the “imported government”.

“Budget is based on unrealistic assumptions on inflation (11.5%) and economic growth (5%). Today’s SPI of 24% indicates that inflation will be between 25/30% which on the one hand will destroy the common man,” predicted the former prime minister.

The PTI chairman said that the “retard economic growth” will also hit Pakistan “due to high interest rates”.

“All our progressive tax reforms and pro-poor programmes such as Sehat card, Kamyab Pakistan are being shelved. It is an unimaginative, Purana Pakistan budget creating more burdens and misery for the nation,” said Imran Khan.

Meanwhile, PTI’s Focal Person on Economy Hammad Azhar, in a video statement, said the inflation will increase by 2%-3% in the country and the gross domestic product (GDP) will be halved — dropping from 6% to 2%-3%.

Azhar, a former finance and energy minister, said there was “a lot of instability” in Pakistan’s economy and the country was on the brink of default — a notion that Finance Minister Miftah Ismail rejected a few days back.

“In the budget, we did not see the direction that we needed to take the country out of the economic crisis and clear the uncertainty that the incumbent government has created,” Azhar said, adding that Pakistan would face “more employment”.

Azhar said the budget was passed “in a haste” and does not hold “any importance”.

PTI Senator Ejaz Chaudhry said the government unveiled a “people’s enemy” budget and the nation would deal with the rulers themselves.

PTI Secretay-General Asad Umar wondered at what rate would the inflation rise when it witnessed an increase of 24% as compared to the last year.

PTI leader and ex-science minister Shibli Faraz said a “handicapped” Parliament did not have legal or moral grounds to present the country’s budget as they have “deteriorated” the economy within two months after coming into power.

“We reject this budget. Each day this government remains in power, it will be a burden on the masses. There is only one solution to this: hold early elections,” the ex-science and technology minister said.

Talking to journalists outside the Parliament, Senator Shahzad Waseem said since the incumbent government came into power, the price of petrol and all other essential commodities have increased.

“This budget does not have anything but sorrows for the people. A voice matters more than numbers in the Opposition. We will expose this government every day,” the PTI senator added.

PML-Q Senator Kamil Ali Agha, in a press conference, said today’s budget was just a “formality” as the coalition government has already increased the prices of all commodities.

“The [finance minister], in his speech, repeatedly mentioned that a common man will pay tax through their bills,” Agha added.