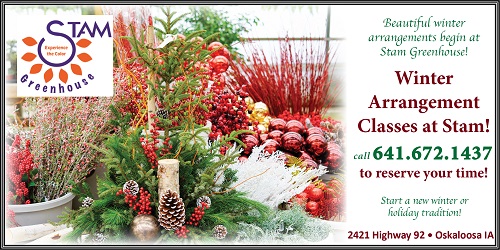 Lamoni, Iowa–The William Penn men’s basketball team got back in the win column to wrap up the 2021 portion of their season with a victory over the Graceland Yellowjackets by a score of 94-88. The victory gives the Statesmen a 12-1 record on the season and a 4-1 mark in Heart of America Athletic Conference play.

The navy and gold distributed the ball evenly to begin the game, using four baskets from four different players to open the game on a 9-3 run. The first Statesmen to score a second time was Q Cager (Sr., Hopkinsville, Ky., Wellness and Recreation), whose second bucket went for three.

The Statesmen were incredibly efficient with their opportunities in the first half, but unfortunately were not giving themselves enough chances, as they ended up committing 15 turnovers in the first half. Although the Statesmen shot a resounding 73% from the floor in the first half and the hosts shot only 42.4%, the Yellowjackets entered halftime with a 44-42 lead, in part due to the turnovers and also because of a six point advantage from the charity stripe.

Watkins kicked off the second half with some flare, giving the Statesmen the lead with an early triple. The Yellowjackets regained the lead, but Reyhan Cobb (Jr., Atlanta, Ga., Sociology) took the lead right back with a layup to make it a 49-48 game.

Blaylock added to the lead after going on his own seven point run, which Watkins followed up with back to back threes to make it a 17-5 William Penn run to begin the second half. Malik Edwards (Fr., Drexel Hill, Pa., Business Management) tacked on a triple of his own, but the Yellowjackets started to get hot.

Graceland cut the lead from 13 all the way down to a tie game at 74, but they could not capitalize on their momentum. Edwards took the lead back with another trifecta, then after Frederick Jackson (Sr., Killeen, Texas, Interdisciplinary Studies) added to the lead with a free throw, Edwards sank another one from beyond the arc.

The Statesmen pushed the lead all the way back out to 11, and this time the deficit proved to be too much to overcome for Graceland as the Statesmen clinched the win by a six point margin.

Blaylock led all scorers with 24 points, also contributing nine rebounds and two blocks in the winning effort. Watkins finished with 17 points, including five threes, while Cager and Edwards each finished with 14.

“Graceland played very well,” said Head Coach John Henry. “I thought we wore them down at the end of the game. This is a great win to end the semester.”

What’s Next: The Statesmen will rest through the new year and pick back up when the calendar turns to 2022. Their first game of the new year will come on the road on January 5th in a matchup with the Mount Mercy Mustangs. Tipoff is scheduled for 7:30 PM.

Posted by Wade Steinlage
on Dec 13 2021. Filed under College Sports.
You can follow any responses to this entry through the RSS 2.0.
Both comments and pings are currently closed.