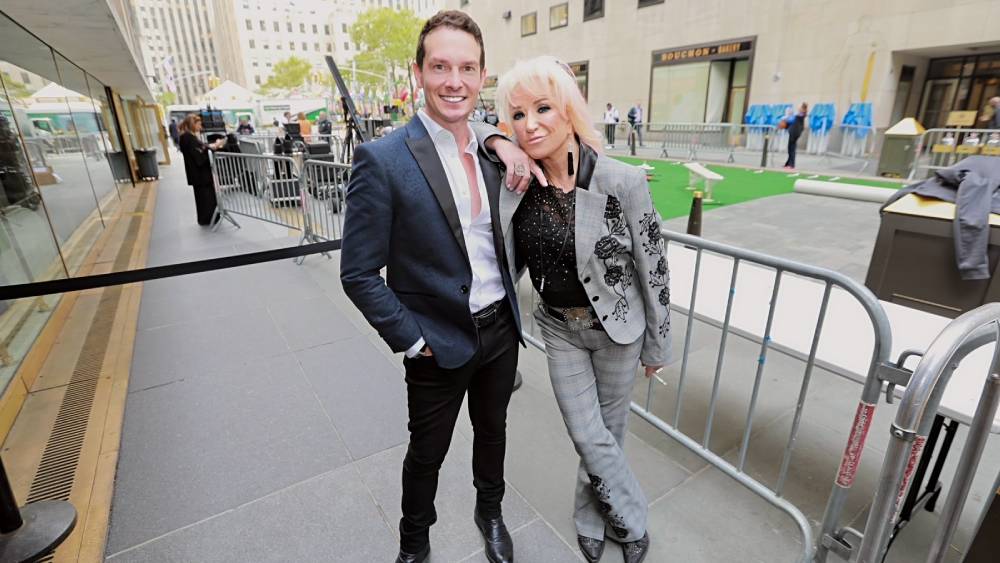 Tanya Tucker has struck a deal with her longtime publicist Scott Adkins, of newly formed Adkins Entertainment, to represent her as a manager in all facets of her career.

She will also continue to be represented by Adkins Publicity. Previously, Tucker was managed by Sawyer & Garner.

“I wake up with a new to-do list every day! Scott and I have accomplished a lot together and we’ve got a lot more to do!” Tucker said via a statement.

Tucker has also aligned with Kurt Vitolo of KV Financial Group for business management and Derrek Kupish — Tucker’s longtime photographer, cinematographer and social media manager — has been named her creative director to execute the entertainer’s vision, brand and image.

“Tanya is a globally revered treasure. When Tanya speaks or sings, within a millisecond, you know it’s her. Her stylistic voice and fierce, badass personality are synonymous with her legacy as a media mogul, who continues to reign as a bonafide superstar entertainer. Tanya may be celebrating 50 years since releasing her mega hit ‘Delta Dawn,’ but she’s only scratched the surface of her indelible career!” Adkins said.

+ Tanya Keogh has joined Huxley in the newly created position of strategy director. Keogh will work alongside Anna Meacham, Huxley’s founder and director, to oversee all strategies for talent, brands, business, and team development.

“Tanya is amongst the most intentional and talented people I have ever worked with, and its pure joy to have her joining Huxley!” said Meacham in a statement.

Huxley’s roster includes Megan Thee Stallion, Paloma Elsesser, Adwoa Aboah, and the 1975, plus brands such as the Gurls Talk, Homer and pgLang among others.

Keogh formerly held a position as head of PR and publicity at Creativ House, where she worked with brands, including Formula 1 and sustainable fashion designer, Bethany Williams. Prior, she worked at Purple Entertainment, representing global talent, including Lewis Hamilton, Alicia Keys and Adwoa Aboah. She also holds experience as account director for Microsoft, Lenovo, and 3 Monkeys Communications.

Former Lady Gaga manager and Spotify exec Troy Carter and fellow Q&A co-founder Suzy Ryoo have announced the Venice Music Collective, an independent membership music community for creators powered by Web3. Launching this month, the collective is a place “where members are given access, opportunities and the ability to achieve greater wealth as an independent,” according to the announcement, which adds that “The goal is to empower and support independent artists and their careers in a more equitable way that currently exists.”

+ Ocean MacAdams, a veteran of MTV News, Watner Music, MSG Networks and Thrillist, has joined Amazon’s Amp as head of content strategy, programming and production. The app, launched in beta earlier this year, allows users to create live radio shows where they can act as a DJ, taking callers and playing tracks from a catalog of tens of millions of licensed songs; Joe Budden, Pusha T, Tinashe, Lil Yachty and others are broadcasting on the app.

“I’m thrilled to be joining Amp at Amazon,” MacAdams said. “Being able to work at the cross-section of music and technology is an incredible opportunity. What the Amp team is building is something music creators and fans will love equally and I can’t wait to be part of it.”

+ Island Records has named Nick Barr vice president of A&R and creative strategy. Based in Los Angeles, he will focus on signing new talent and marketing, digital and creative strategy and will report to co-CEOs Imran Majid and Justin Eshak for A&R and GM Mike Alexander for marketing and strategy. He has previously worked on creative campaigns for 300 Entertainment, Interscope Records, Capitol Records and others.

“Nick brings a unique skill set in identifying and nurturing talent early, while understanding key steps for breaking artists in a modern landscape,” Said Majid.  Alexander adds, “Nick’s ability to create and execute global strategies for new and established artists makes him a prominent addition to the Island team.”