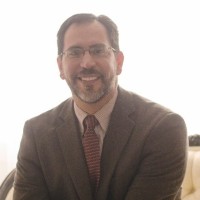 
The Thurston Economic Development Council Board of Directors is full of wonderful people dedicated to supporting our local economy. Chehalis Tribe CEO Dave Burnett is passionate about encouraging economic growth in his role and has thoroughly enjoyed connecting more with the community as a board member for the Thurston Economic Development Council (EDC). He has been impressed with the resources available in this community and is grateful for so many opportunities to make a difference.

Dave was born in Northern California and landed in Washington about 27 years ago. He worked in public accounting conducting audits of Native American tribes and was eventually hired by the Squaxin Island Tribe in 1997. In February of 2000, Dave was hired on with the Chehalis Tribe and later became the CEO of the Enterprise Division. “Many tribes have some amount of separation between governmental and business activities,” Dave explains. “The Enterprise Division helps to create that separation.”

This separation is hugely important in creating self-determination and control within the tribes. “For years and years, the money that flowed into tribes was federal government dollars and they saw continued ongoing poverty until the tribes took control of it themselves,” Dave says. “That’s when things began to change.” The first major shift for the Chehalis Tribe occurred when they had a friendly lawsuit with the State of Washington to bring slot machines into Lucky Eagle Casino. After winning the lawsuit, Dave saw a huge difference in the revenue the casino was able to bring into the tribe. “Lucky Eagle Casino was the catalyst that really turned everything around,” Dave says. “All of the primary business development that happened since then is a result of that casino.”

Through that revenue, the Chehalis Tribe was able to develop and better support other business ventures, such as Great Wolf Lodge and the Marriott Fairfield hotel in Grand Mound. The big project for 2020 was opening Talking Cedar, a local restaurant, brewery, and distillery, which is celebrating its one-year anniversary on June 30. The tribe also operates 3 different gas stations, one of which just won an award for being the top 1% of Shell stations in the nation. Currently, the Chehalis Tribe is in the process of building a Flying J Truck Stop, which they are hoping to open soon.

Over the years, Dave has seen a great deal of change and been involved in wonderful projects that will allow the Chehalis Tribe to continue to thrive. “The position I am in now is a lot of fun,” says Dave. “I do all of the business development work for several existing enterprises and new businesses.” When Dave learned about the Thurston EDC, he decided it would be a great way to continue to support businessowners in the community. Michael Cade, the executive director for the Thurston EDC, had connected with Dave about the Board of Directors two years ago and they decided it was the right time for him to get involved.

Dave has been so impressed with the Thurston EDC and Michael Cade’s passionate leadership, especially over this last year. “They came up with different ways to help out the businesses, whether it was looking at restaurants or sourcing and getting PPE out,” Dave recalls. “They jumped right in and said ‘we need to marshal the resources we have and help the community out,’ which was very impressive.” It is these continued efforts and this commitment to the businesses in our community that speaks so highly to Dave. He is glad to have the chance to support the EDC in their endeavors to make our local economy stronger than ever.

One of Dave’s favorite things about being on the Thurston EDC board has been learning more about all the EDC has to offer. The Thurston EDC offers such a wide variety of services to businessowners across Thurston County, and the board has allowed Dave to better understand what they can do for the businesses he helps develop as well. Michael Cade has also been an exceptional resource and has really been a great go-to for Dave. “I know I can always pick up the phone and talk to Michael and he will make a referral or give me input that is relevant to what we are doing,” Dave says. These resources in our community are truly invaluable.

Dave sees the value in supporting our local economy and enterprise, and strives to make a positive impact in these areas every day. The Thurston EDC board is lucky to have such a dedicated group of people, and Dave is eager to continue to support their efforts in the years to come.