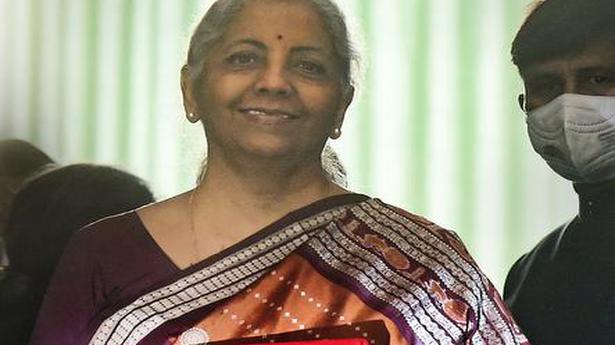 The Shiv Sena on Tuesday dubbed
the Union Budget as “very depressing”, saying it has neither given any relief to the middle class nor it has any reference to Prime Minister Narendra Modi’s vision of making India a ”$5 trillion” economy.

The NCP, which shares power with the Shiv Sena and NCP in Maharashtra, said the budget was a huge “disappointment” for the common citizens, who are reeling under high inflation and expected some tax relief.

Shiv Sena MP Vinayak Raut said the Union Budget 2022-23 only has jugglery of words like the PM-Gati Shakti, Atmanirbhar Bharat, while old schemes are presented as new.

“The budget is very depressing. During the coronavirus pandemic, people of the country paid ₹1.40 lakh crore as GST but, unfortunately, the schemes that were to be implemented with regard to taxes do not find a place in the budget,” Mr. Raut told reporters.

He claimed the budget has misled people.

“The budget has given no relief to the middle class with regard to the Income Tax. There is no reference to the Prime Minister’s vision of making India a $5 trillion economy,” Mr. Raut said.

After the 2019 Maharashtra Assembly elections, the Shiv Sena snapped ties with
long-term ally BJP . The Uddhav Thackeray-led party has since then severely criticised policies of the BJP-led Centre. Union Finance Minister Nirmala Sitharaman on Tuesday presented the budget in Parliament.

Later, NCP MP Supriya Sule tweeted: “A ‘futuristic ICT budget’, in which we hope the deliverables are a reality, not just VR?! Good luck.” Maharashtra Minister and NCP’s chief spokesperson Nawab Malik said the Union budget has come as a huge disappointment for the common citizens, who are facing high inflation and expected some tax relief.

“This budget has nothing to offer to the youth, farmers or the middle class. This is a big disappointment,” Mr. Malik told reporters.

He also expressed concern over the Union Government’s increased focus on Information and Technology.

“I wonder whether it was a technology-oriented budget or that of the country which should have covered other areas as well.” “Before the 2014 Lok Sabha elections, Prime Minister Narendra Modi had promised generation of two crore jobs every year. However, today’s budget talks about generating 60 lakh jobs. Was the earlier announcement a mere jumla (rhetoric)?” the Minister asked.

He said the Modi government has also proposed issuing an initial public offering (IPC) of the LIC, which has been one of the most trusted state-run organisations in the country.

Maharashtra NCP president Jayant Patil in a tweet said it was an ”election manifesto” and not the country’s budget.