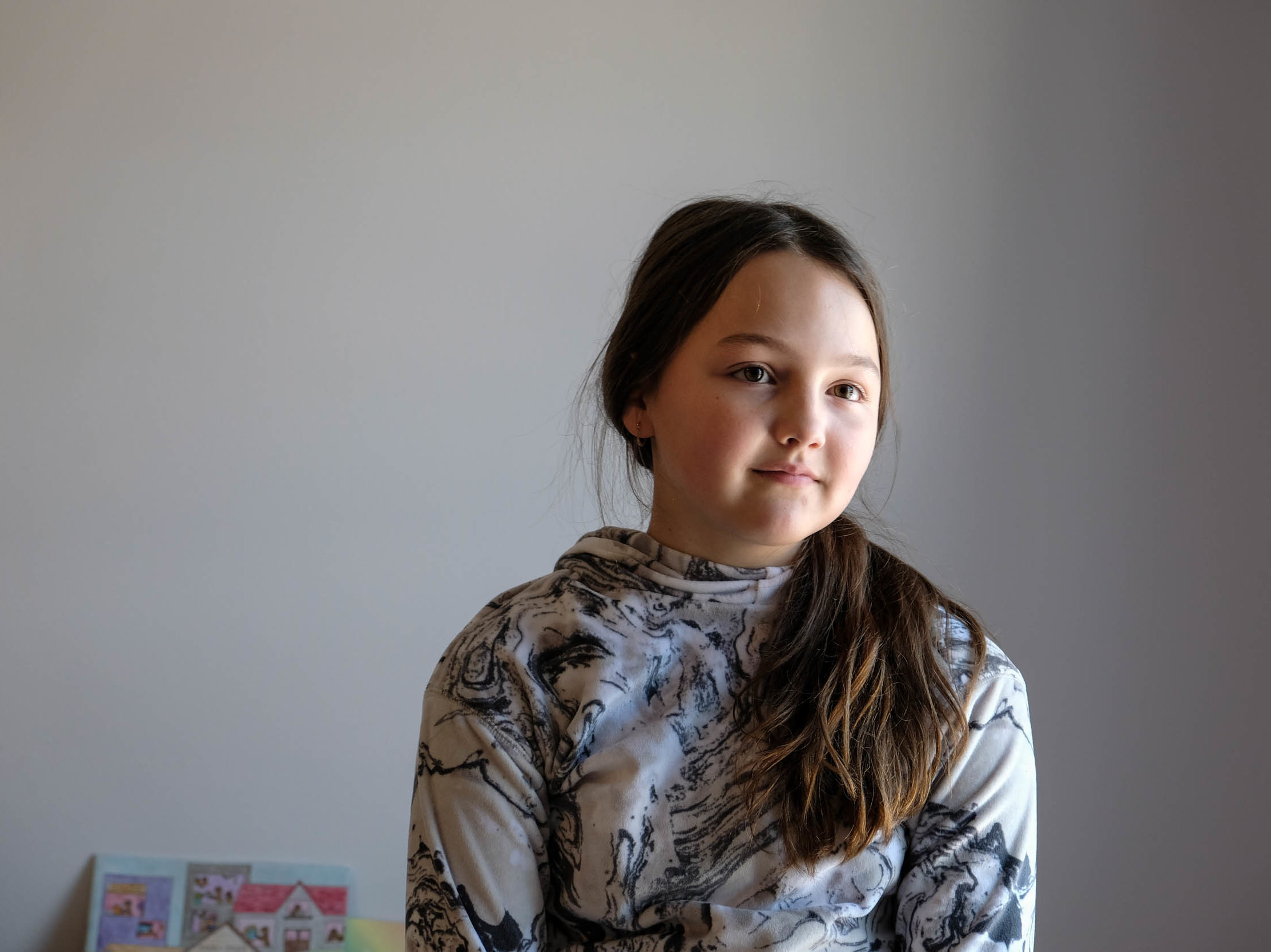 Avah Lamie is in fifth grade and lives in Hartford, Vt. The pandemic brought a big loss of stability for kids, experts say. // Michele Abercrombie/NPR

Avah Lamie feels like the world needs a lot of fixing. She feels it when she thinks about melting glaciers and plastic in the ocean. And lately, she’s been feeling it at school.

“We’ve had some fights at recess, some physical, some just yelling,” she says. “It really just — it gets you down sometimes.”

The 11-year-old lives in Hartford, a Vermont town of almost 10,000 people near the border with New Hampshire. She’s like a lot of kids: She takes dance, likes science and has a little brother. She’s in fifth grade at a small public school called Dothan Brook.

“Some people just have rough times at home, I think. It’s not really any of my business. And … some people just, they want to be tough, because we’re going through a really hard thing.”

That really hard thing is the COVID-19 pandemic. Rates of anxiety and depression among children and youth were on the rise even before COVID, but kids — and the grownups around them — say the past two years have made mental health challenges worse.

“We have to focus on a lot at once. And since things can’t really be the same, because of COVID, of course, I think it just makes people more emotional and sensitive.”

Mollie Farnham-Stratton says Avah’s right. She’s a therapist who works with young people at the Vermont Center for Anxiety Care. The pandemic brought a big loss of stability.

“Whether it’s a small thing like a playdate, but they were looking forward to it for so long, and then somebody’s sick, right? That kind of constant shifting … that, I think, is just exhausting.”

Farnham-Stratton says kids pick up on the stress of adults in their lives.

Avah does. At school, she sees the strain on her teachers.

“There’s the crinkle in their eyebrows, their eyes look kind of distracted sometimes,” she says.

On top of all that, there are still the expectations of school — but disrupted schedules and pervasive anxiety can make meeting them feel impossible.

Allison Hayes, an elementary school counselor in Vermont, says that with young kids especially, anxiety doesn’t manifest as being worried about this or that in particular. Kids often don’t have the language to express what they’re feeling, she says, or even to identify what that feeling is.

Instead, “anxiety often for kids comes out as a more aggressive behavior, irritability, and so it’s quicker. Everybody’s a little quicker to snap.”

It could explain some of what Avah sees at recess.

The thing that adults sometimes forget about being a kid is that for what seems like a very long time, you’re old enough to get what’s going on, but too young to do anything about it. Avah says she’s in between, which is a hard place to be.

“I know lots of kids out there that are feeling alone and crowded in this pandemic, like both at the same time. Sometimes you need to give them space and other times you just have to be there to support them.”

Therapist Mollie Farnham-Stratton says despite the uncertainty, adults should try to be honest. In an age-appropriate way, she says try to explain what’s going on.

The pandemic’s long-term impacts on young people won’t be understood for a long time. But mental health experts say that kids are resilient. Some of those impacts will be challenges, and some could be strengths.

For Avah, even though so many of the world’s problems seem enormous, they aren’t insurmountable. “There’s a lot going on out there that we can actually fix,” she says, “but it will take a lot of time.”